When searching for a job, what are the first things you look for? 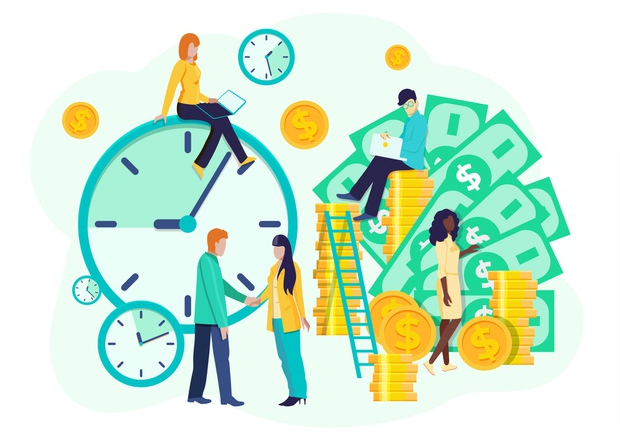 For most people, it is the wages and the benefits that come with any opportunity that makes or breaks their decision to apply for it in the first place. And this is no different when looking for jobs in Switzerland!

Some of the expats looking for jobs in this country get scared when they find out that there is no minimum wage limit for companies in the swiss market currently. While a proposal was submitted to set a minimum wage in 2014, it was rejected by the Swiss voters. No such attempts were made again to this day.

But the good news is that while the salaries are left to the open market, the collective labor agreements still ensure an above-average standard for worker rights and minimum wages in most industries. So much so that according to the OECD in 2017, Switzerland had the second-highest average wage in entire Europe, standing at CHF 62,350 pa!

Some other salary stats show that primary school teachers in Geneva earn a high wage of CHF 97,000 pa, much higher than its neighbors such as Nidwalden and Ticino. You can find out the expected average salary in your industry by using the salary calculator operated by the Swiss Trade Union Federation. Some of the most common valuations are CHF 110,000 pa for doctors, CHF 115,000 pa for IT professionals, CHF 111,600 pa for lawyers, CHF 85,800 pa for civil servants, and much more.

Of course, these are gross salaries and will be subjected to deductions, including Swiss social security and taxes, among others. Employee salaries are usually reviewed every year, with pay generally increasing from 1 January every year. The concerned authorities also try to make sure that salaries for foreign professionals are kept at par with the local ones, without discrimination.

You can also find age and experience-based salary data in the annual report published by Zürich’s Office for Economic and Labor and the Lohnbuch.

The collective labor agreements in Switzerland govern salaries and help regulate employment terms in the market, such as holiday allowances, termination periods, benefits, etc. In contrast, some of the terms are set by the government itself.

For example, the limit on working hours is set at 45 for office staff or retail workers and 50 for other workers. Any time required above that will cost 125% of the normal wages. Holiday allowances also come with a certain limit, giving employees between four to five weeks of holidays every year. But these are also left to the employer’s decision to some extent, so there might be slight changes in different organizations.

To know more about the salaries and employment terms in Switzerland, book a call with check4you today.

Fill the form below to Schedule A FREE Consultation Today!